How Evaluation Methods Have Changed in the Insurance Industry 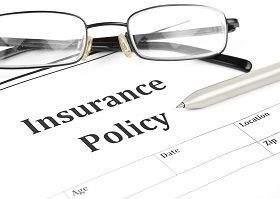 As a Baltimore personal injury lawyer will tell you, in the past, insurance adjusters would simply add up the medical bills and, as long as they were not unreasonably high, multiply that figure by three. Then, the adjusters would add the lost wages. The resulting figure would become the settlement offer.

For instance, a plaintiff that suffered a soft-tissue injury which resulted in medical expenses of $2,200 plus $500 in lost wages would receive an offer of $7,100. The adjuster would multiply the first figure by three, resulting in a sub-total of $6,600. Next, the $500 in lost wages would be added, resulting in a total figure of $7,100. This was not the only way to arrive at a settlement figure but was used as a ‘rule of thumb’ measure.

Computer programs have changed the way insurance companies evaluate their cases, says a Baltimore personal injury lawyer. Many insurance adjusters will tell you they do not use formulas, and they consider each case on an individual basis. However, they often do use a computer program to examine the medical expenses.

An Overall Reduction in Settlement Offers

An injury that would have resulted in an offer of $7,100 in the past, would now produce an offer of $2,800. Such a low offer would force a Baltimore Personal Injury lawyer to try and negotiate with medical service providers and other lien holders. In most cases, this is not possible. In this scenario, there will be very little left for the plaintiff once the expenses of the case, including legal fees, have been paid. The effect of these changes has been a rise in cases that require litigation, which in the past, would not have gone to trial.